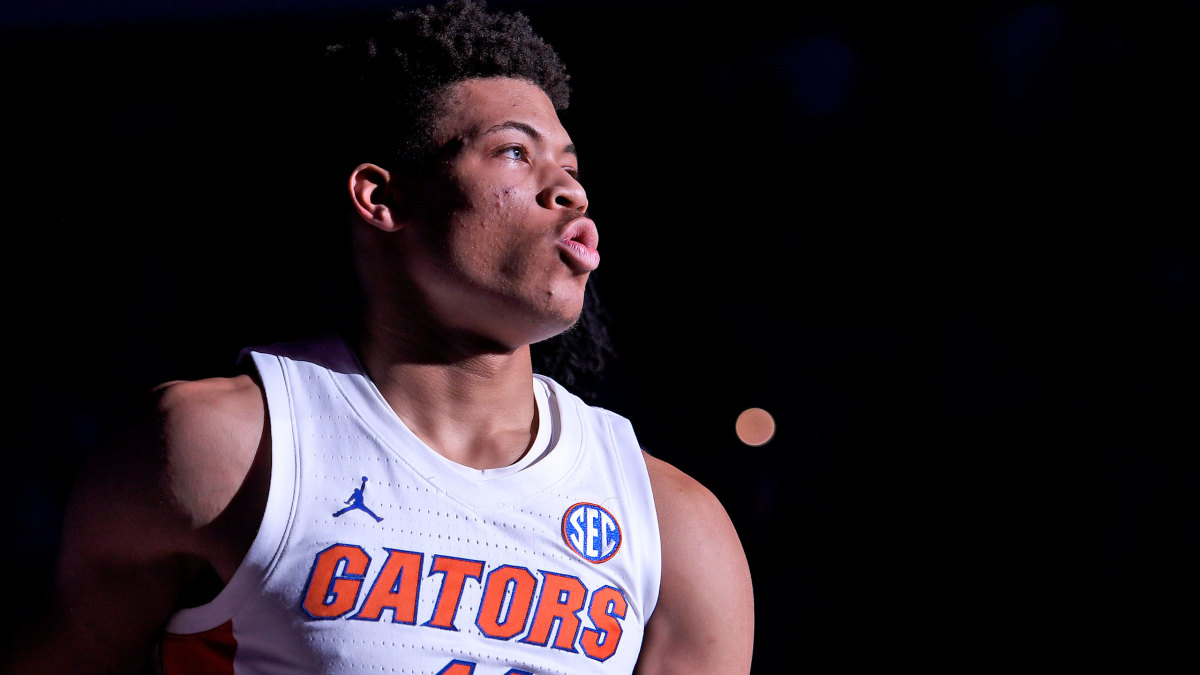 Editor’s note: This story contains accounts of sexual assault. If you or someone you know is a survivor of sexual assault, contact the National Sexual Assault Hotline at 1-800-656-4673 or at https://www.rainn.org

Former Florida basketball star Keyontae Johnson, who garnered national headlines after collapsing in a basketball game in December of 2020, has been formally accused of felony sexual battery, according to records found within the Alachua County Circuit Court Docket on Friday.

The investigation into Johnson was first reported by T.J. Legacy-Cole of WUFT.  This is a first-degree felony charge of sexual battery, which carries a punishment of up to 30 years in prison.

Per Legacy-Cole, Gainesville Police have been investigating Johnson for a month. The police listened to a phone call between Johnson and his accuser in which Johnson acknowledged having unprotected sex with her after she was intoxicated. He also said he had asked for her consent during the encounter, which reportedly occurred on February 26.

Two witnesses reportedly described Johnson’s accuser as “heavily intoxicated” and “not making any sense” around the time the incident took place. Despite descriptions made by witnesses, the accuser had recollections of the events that occurred the night of the alleged sexual battery, which were corroborated by Johnson on the call arranged by Gainesville Police.

Per the court records, Gainesville Police say Johnson’s accuser and at least two witnesses attended a party at the Canopy, an apartment complex near Florida’s campus. The accuser had been drinking leading up to the party, and asked to use the restroom in Johnson’s apartment but does not remember walking to his home.

The accuser says she remembers laying down in Johnson’s apartment with him on top of her and Johnson asking her when she was most recently tested for STDs.

About a half hour later, Johnson’s accuser reportedly walked to the parking lot and began vomiting in the bushes and speaking incoherently. She was unable to stand on her own.

Johnson’s accuser told police that she woke up early the next morning and felt like she had intercourse. She contacted police on February 28 after undergoing a sexual assault exam.

Johnson and the accuser are classified as friends within the court records and had intercourse previously as recently as August. Since then, Johnson asked multiple times to have sex with her again, but the accuser declined and made it clear that she did not want to have an encounter with Johnson again.

The court docket reflects that the investigation into Johnson is in its initial stages. He has not yet been formally indicted, as the decision regarding whether or not to charge Johnson could take at least six months.

Johnson was voted as the SEC preseason player of the year in 2020, but after collapsing during a timeout in a game against Florida State that December, never took the court again. Since his medical incident, Johnson has served as a player-coach for the Gators and is scheduled to graduate from the university in May.