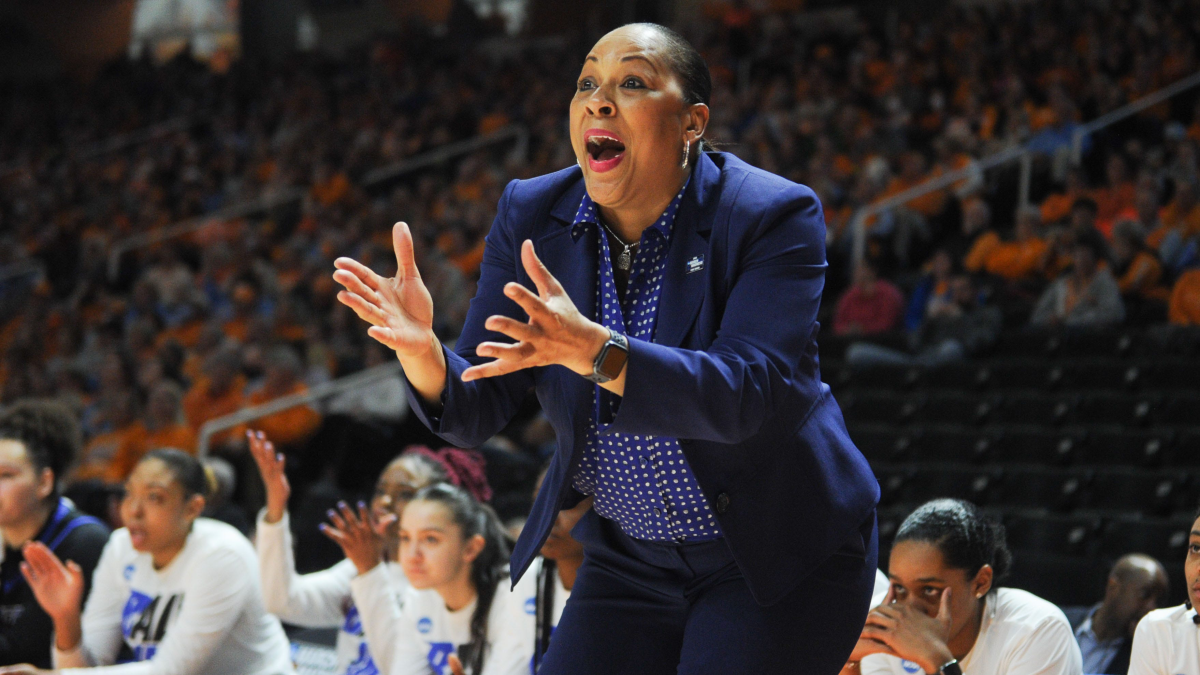 Former Buffalo coach Felisha Legette-Jack is returning to Syracuse to be the head coach of the women’s basketball team, the team announced on Saturday.

Legette-Jack comes to Syracuse after previously coaching at Buffalo for the last 10 seasons. She led the Bulls to four trips to the NCAA tournament that includes this season and the program’s first ever run to the Sweet 16 in 2018.

Legette-Jack did not speak about the potential of returning to her alma mater until March 19, the same day Tennessee defeated Buffalo in this year’s NCAA tournament.

“This is our team right here and we’re absolutely focused on Buffalo,” Legette-Jack previously told Rachel Lenzi of Buffalo News. “We’re gonna get through this season with our team here. I told them it would never be a conversation about any other school until we finish the job here and we’re still not finished. We haven’t celebrated here yet, so I’m here with Buffalo and Buffalo is my job. I work for Mark Alnutt and President (Satish) Tripathi and that’s all we can talk about at this time.”

Prior to that, she had not mentioned the idea of returning to Syracuse since Aug. 2021. However, she has always considered going back to her alma mater as her “dream” job.

Legette-Jack, a former Syracuse standout, returns to take over a women’s program that finished 11-18 overall and tied for 11th in the Atlantic Coast Conference during the 2021-22 regular season. This year’s team was led by acting head coach Vonn Read, who completed his first season when Clemson defeated Syracuse 88-69 in the first round of the 2022 ACC tournament earlier this month.

Read replaced Quentin Hillsman after his resignation in Aug. 2021 amid allegations of bullying and abusive behavior in the program. Legette-Jack’s other stops in her 19-year coaching tenure before include Indiana and Hofstra.