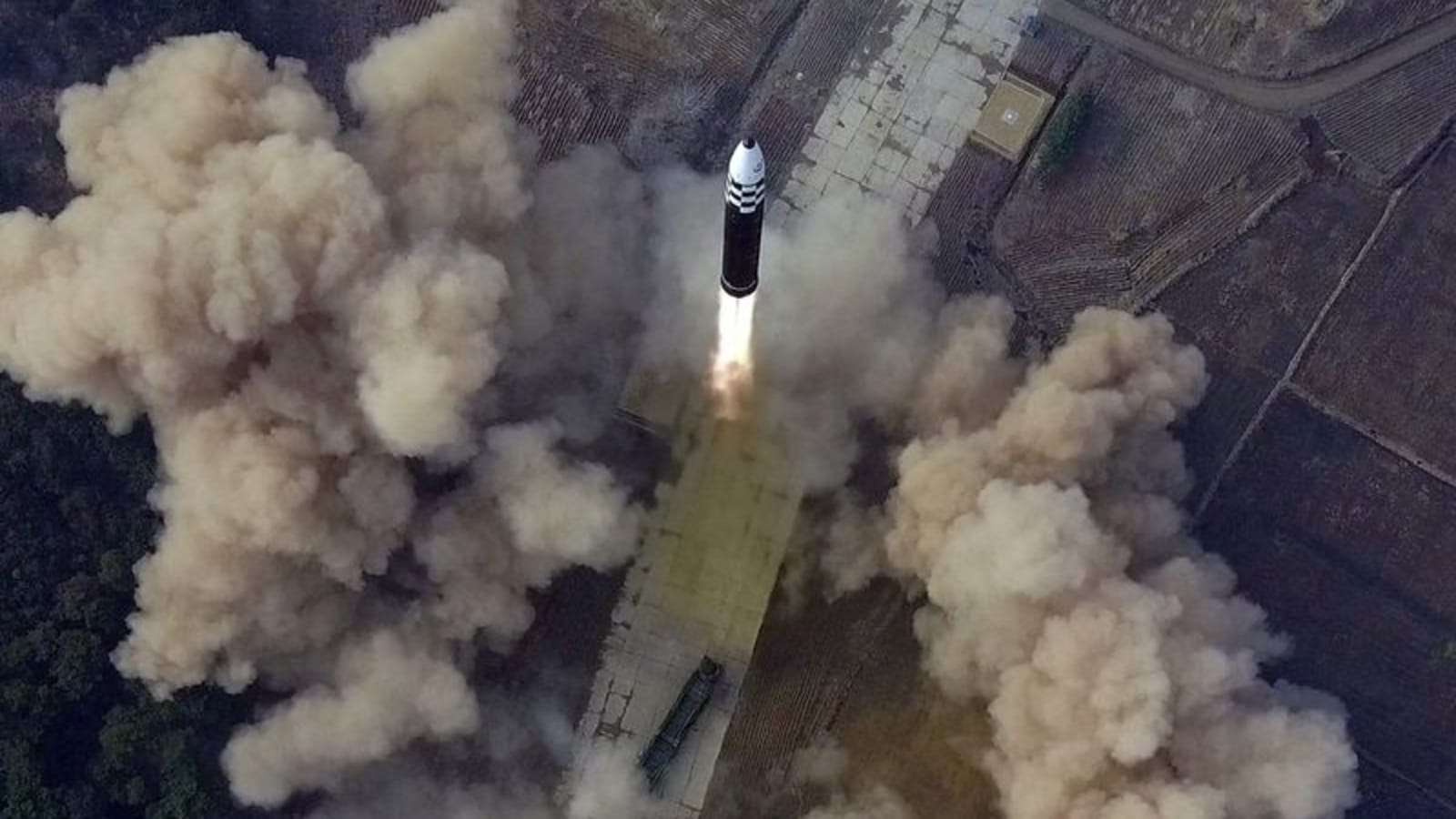 North Korea has tested what is believed to be its first intercontinental ballistic missile (ICBM) in more than four years that splashed down in waters off Japan’s western coast on Thursday following which Japan, the US and South Korea among others condemned the move.

The Hwasong-17, the giant ICBM, was first unveiled in October 2020 and dubbed a “monster missile” by analysts. It had never previously been successfully tested.

Following the meeting, a group of 15 nations, including permanent Security Council members Britain, France and the US but minus China and Russia, released a joint statement urging UN member states, in particular UNSC members, to do more.

> Russia: Russian Deputy Ambassador to the UN Anna Evstigneeva spoke against the sanctions on North Korea and said further sanctions on Pyongyang would “threaten its citizens with unacceptable socioeconomic and humanitarian problems”.

“Have practical relevance and work harder to stabilise the situation, build mutual trust, and relaunch dialogue,” Zhang spoke against the sanctions.

> India: “This is a violation of the resolutions of the UN Security Council relating to the DPRK. It affects the peace and security of the region and beyond,” ANI quoted an Indian official as saying.

> The G7: The group has condemned the continued testing of ballistic missiles by North Korea and said, “We, the G7 foreign ministers of Canada, France, Germany, Italy, Japan, the United Kingdom, and the United States of America, and the High Representative of the European Union strongly condemn the continued testing of ballistic missiles by the Democratic People’s Republic of Korea (DPRK), including the Intercontinental Ballistic Missile (ICBM) launch conducted on March 24, 2022.”

(With inputs from AP, AFP and ANI)