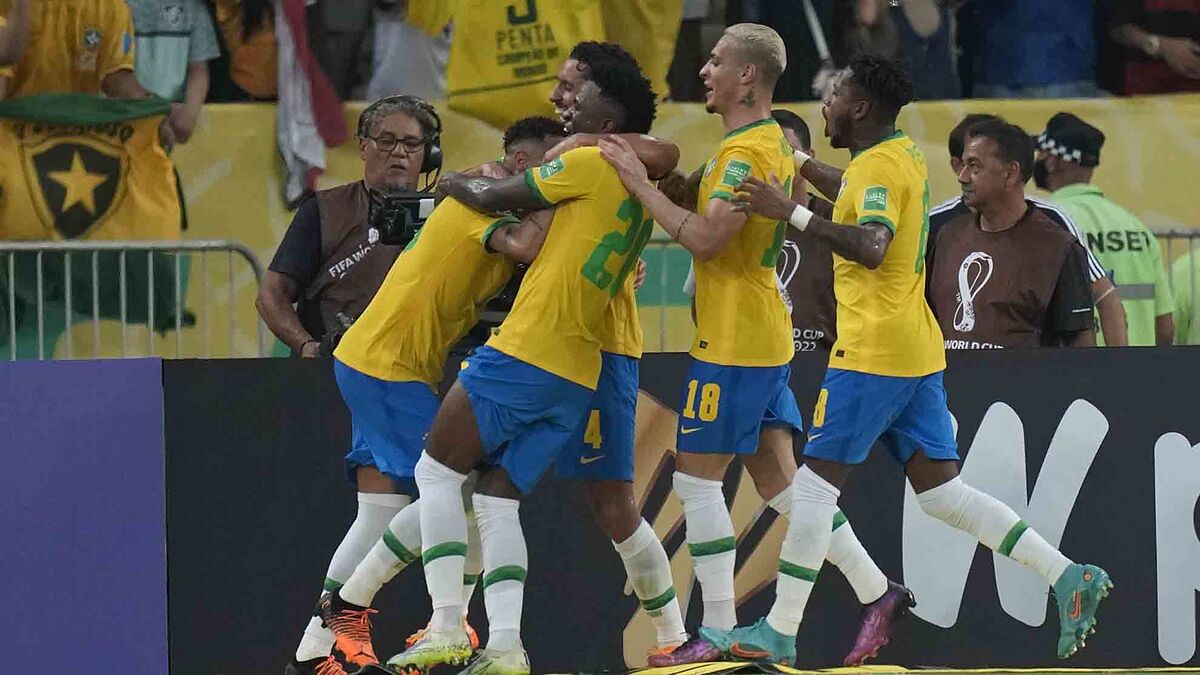 With one day to go before the end of the World Cup qualifiers in the CONMEBOL zone and awaiting the outcome of the match between Argentina and Venezuela this Friday, Brazil extended its sweeping pace, while two other countries qualified for the World Cup to be held in Arabian territory towards the end of this year.

Led by the talent of the duo of Neymar and Vinicius, Brazil crushed Chile 4-0 at the Maracana stadium in Rio de Janeiro and thus reaffirmed its status as leader in South America with a seven-point lead over Argentina, its closest rival.

The Scratch Do Ouro remains undefeated, with 13 wins and three draws, and will play the last matchday against Bolivia, which is already eliminated.

The Chilean national team is in seventh place in the qualifying round with 19 points and will be looking for a real miracle against Uruguay, which, if other results are combined, would put them in the play-off zone.

At the Centenario Stadium in Montevideo, a solitary goal by Giorgian De Arrascaeta in the 42nd minute was enough for Uruguay to win 1-0 over a Peruvian team and thus secure their place in Qatar.

As for the team coached by Ricardo Gareca, the defeat means a drop to fifth place and with it a place in the play-off zone with the risk of being eliminated if they fail to beat Paraguay.

Ecuador was thrashed by Paraguay in its visit to Asuncion, where it lost 3-1 against an opponent that had no chance of qualifying.

However, as a result of other combinations of results, the team coached by Gustavo Alfaro assured its presence in Qatar.

Colombia’s hopes of qualifying for the World Cup are still alive and kicking, with goals by Luis Daz (’38), Miguel Borja (’71) and Matheus Uribe (’91), the Colombian national team defeated Bolivia 3-0.

With their victory, the team coached by Reinaldo Rueda reached 20 points and is one point behind Peru, which would be the team with a playoff option.

The Colombians depend on getting a victory when they visit Venezuela, but Peru must also draw or fail to win on the last date of the qualifying round.