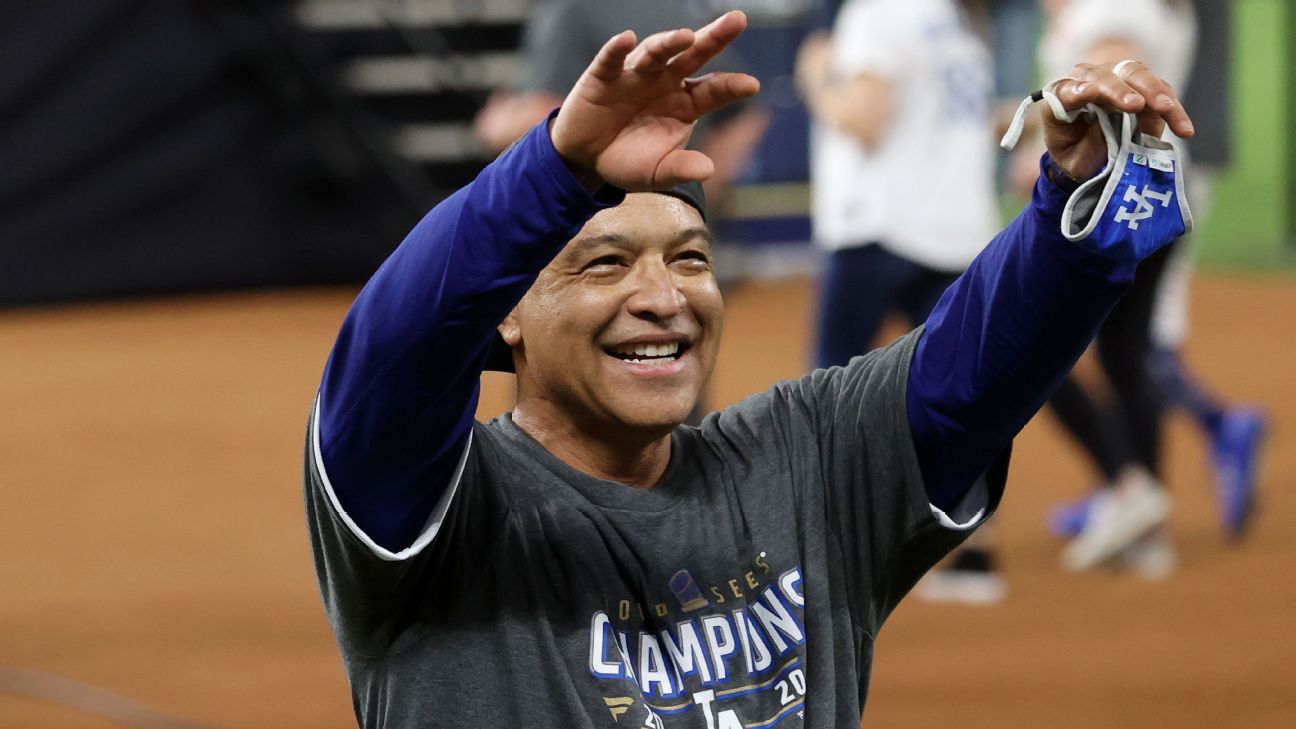 Los Angeles Dodgers manager Dave Roberts, who was entering the final year of his contract, agreed to an extension on Friday, the team announced.

The extension is for three years, sources confirmed to ESPN’s Buster Olney.

Roberts, 49, has led the Dodgers to three World Series appearances and one championship through six seasons. His .622 regular-season winning percentage stands as the highest among those who managed after 1940.

“I’m very happy to have the opportunity to continue leading this great team into the future,” Roberts said in a statement. “To be able to wear the Dodgers uniform, and represent this world-class organization on and off the field, is truly an honor. From the players to the front office staff, every single person affiliated with the club has played a vital role in the team’s success throughout my tenure. I look forward to continuing our quest to be the best in baseball each and every year.”

The Dodgers enter 2022 with high expectations once again after an offseason in which they added former MVP Freddie Freeman.

Roberts went as far as to guarantee a title this season, telling “The Dan Patrick Show” on Thursday, “We are winning the World Series. That’s our focus. That’s our goal.”

Under Roberts, the Dodgers have won the National League West in five out of the past six seasons. This is the second extension Roberts has signed with the team.

”Since becoming the manager in 2015, Dave Roberts has consistently demonstrated elite leadership skills and infectious energy,” Dodgers president of baseball operations Andrew Friedman said in a statement. “He has been a vital part of the Dodgers’ success over the last six-plus years and we all look forward to seeing him lead the organization from the dugout for a long time to come.”

MLB Network first reported the length of the extension.