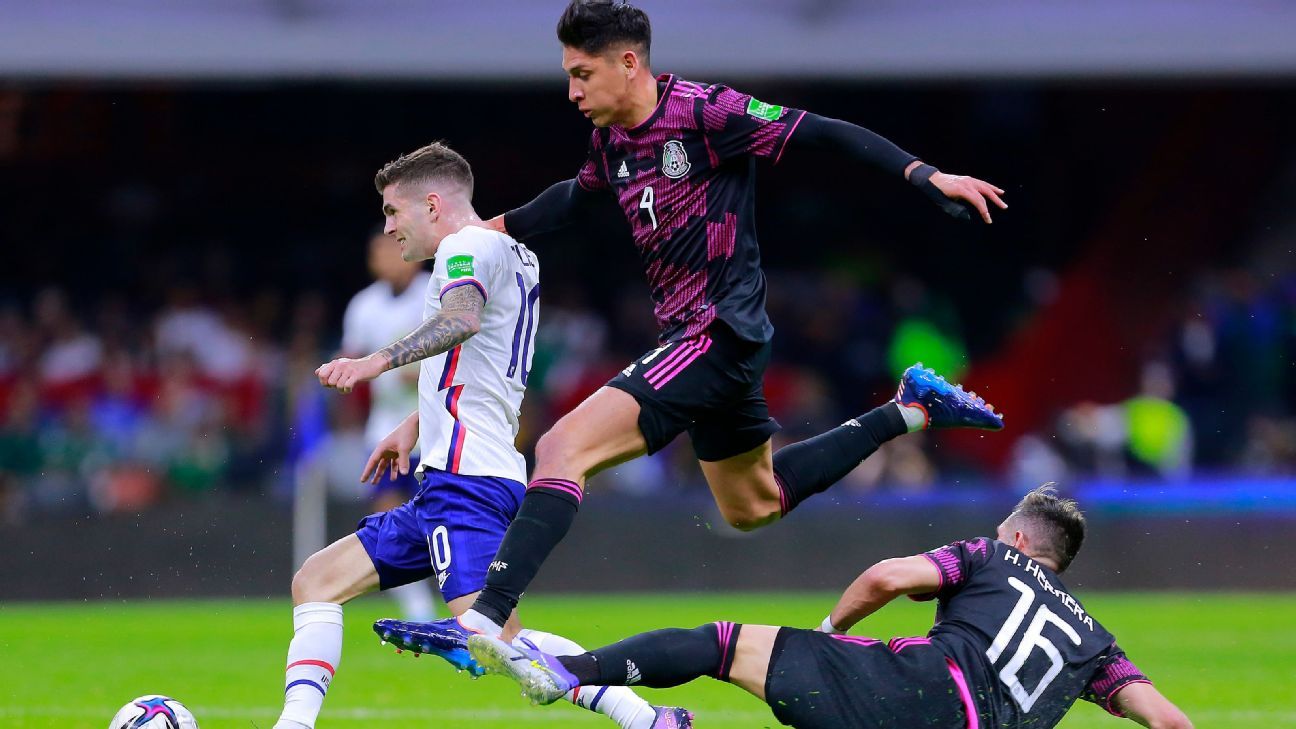 The U.S. men’s national team went to Mexico on Thursday to begin the crucial final window of 2022 CONCACAF World Cup qualifying, and coach Gregg Berhalter promised they’d be aggressive. Unfortunately for Berhalter (and fans), that approach didn’t result in any goals for the U.S. — and likewise for Mexico, El Tri could not find an opening to score either.

The match ended 0-0, and scoreless draw isn’t the worst result for either team — they each won a point, and they both have two more games to try to get another six points and clinch their spots in Qatar. It just wasn’t exactly the most fun iteration of this storied rivalry to watch.

So, with the match ending with a bit of a thud, here is how the internet reacted to the high and lows (well, there weren’t that many highs but you get the point):

Once the game got started, those on-scene couldn’t help by notice that Estadio Azteca had a subdued atmosphere due to capacity restrictions.

– Ogden: Portugal are more than just Ronaldo now
– What it’s like to score at Azteca: USMNT and Mexico players reflect

The stadium normally fits 87,000 people, but the Mexican federation scaled back capacity to 50,000 both due to COVID and to better control the crowd amid worries about the infamous homophobic chant often heard at Mexican national team matches.

Attendees were required to go through a registration system called Fan ID, which makes it easier for fans who violate the rules to be banned from future matches.

Restrictions keeping this from being a packed house @ el estadio Azteca 🏟

*5 year ban for violators of protocol

Azteca is empty. And I mean EMPTY.

Mexico is there for the taking will the @USMNT do it???? #USMNT

The #usmnt supporters are here, cheering, and getting whistled. All according to plan. pic.twitter.com/rs0YTBMbY9

However, there was at least one American celebrity sighting: actor Owen Wilson was at the match backing the U.S. team. Meanwhile, for Mexico, pop singer Mijares sang the Mexican national anthem.

The match sprung to life in the 35th minute when Timothy Weah, racing up the right flank, crossed past the face of goal for Christian Pulisic. Without a runner keeping up with him, Pulisic tried the one-time shot with his left foot, but goalkeeper Memo Ochoa did well to block it.

It ended up being the USMNT’s best chance of the first half. Pulisic gave USMNT fans a scare when he stayed down on the play, but he did get up, albeit gingerly.

You have to score that. Simple #USMNT

Ok, so I think I get it now – the xG on that Pulisic chance is about 1 billion, right?

Ochoa with a massive save off Pulisic. And Pulisic is down. #usmnt

The first half saw neither side exert dominance or take control of the game, and there were plenty of errant touches to go around.

With the score locked at 0-0 and neither side finding the edge, social media took some time to reflect on the 45 minutes of soccer everyone had just witnessed. It wasn’t exactly what everyone had been hoping for.

All the hype videos promised me fun, but this first half only gave me sloppy soccer, reduced atmosphere and no goals. It’s like the “Tinder profile vs. real life” meme but for World Cup qualifying. #USMNT

Credit to @cesarhfutbol next to me for trying to put a reverse jinx in Mexico-US just now by declaring, “It’s destined for a 0-0, isn’t it?”

A couple of big saves from Guillermo Ochoa, but overall a fairly quiet first 45 minutes. Mexico need to do a better job with their possession. Needs more creativity. #ElTriEng

Thank you to everyone who shared their interest in playing right back. We will review your applications and keep you updated.

First half stats. As you can see from the xG, that first half wasn’t exactly a thriller. Mexico goalkeeper Memo Ochoa was probably the man of the first half but it’s not like he had *that* much to do. #USMNT pic.twitter.com/T5HERnLo5E

If Pulisic’s saved shot in the first half was tough for USMNT fans to see, Jordan Pefok outdid him in the 72nd minute. With a golden chance to score from the middle of the box, Pefok sent his shot wide right.

As the reactions from social media make clear, the USMNT probably should’ve been up 1-0 at that point.

Easier for Pefok to score than miss there

My word. Reyna tees up Pefok and shoots wide from the doorstep. #usmnt

In the end, the USMNT stood up to the challenge of playing on the road at Estadio Azteca well, and the chances were certainly there to get the winner.

But it wasn’t to be. And now the USMNT has two more matches to secure the points they need to qualify for the World Cup. Next up, the U.S. takes on Panama in Orlando, Florida on Sunday.

FT: #usmnt 0-0 #ElTriEng
A rare instance when the U.S. might think it could have walked away with a win. That said, the visitors limped towards the finish line. They’ll take the point and gear up for Panama. And yes, Tyler Adams avoided yellow.