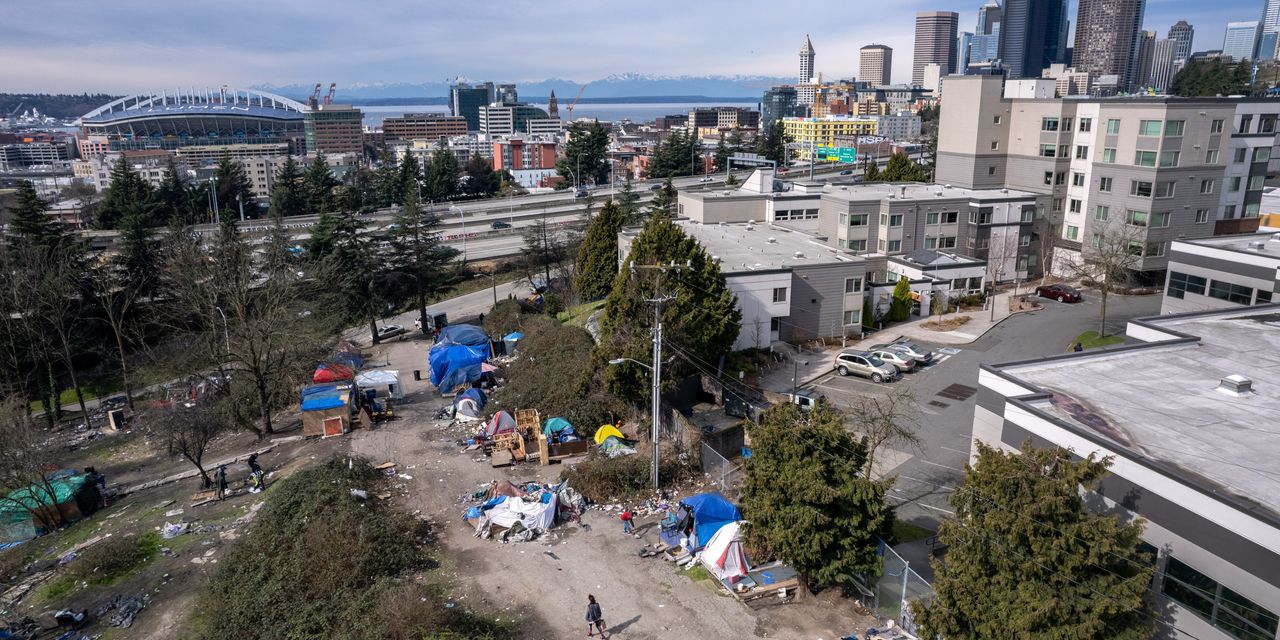 a moderate former City Council president, to be the city’s next mayor. Mr. Harrell’s more liberal opponent in the nonpartisan mayoral election had campaigned on preventing the city from clearing away Seattle’s drug-infested homeless encampments and cutting the city’s police budget by half.

Mr. Harrell, on the other hand, pledged to make public safety a priority and to ensure that city spending on homeless programs followed firm rules for moving people “off of sidewalks and out of parks.” He pledged to restore civility to the city’s increasingly angry political discourse. “I never had to deviate from that message,” he told me in an interview this week.

Mr. Harrell’s election wasn’t the only victory for common sense. Sara Nelson, a self-described “lifelong Democrat,” defeated Nikkita Oliver, a well-known radical activist, for a seat on the City Council. And in the race for city attorney, former public defender Nicole Thomas-Kennedy, who had vowed to stop prosecuting misdemeanors, lost to a Republican, Ann Davison, who promised to increase prosecution.

All three of November’s winners were essentially out of Seattle politics only two years ago. Mr. Harrell’s political fortunes had stalled, and he declined to run for a fourth council term in 2019. Then a Democrat, Ms. Davison lost her 2019 bid for City Council by 20 points. She joined the “walk away” movement and switched parties, losing her 2020 bid for lieutenant governor. Ms. Nelson failed to win a Democratic primary for a council seat in 2017.

So why the sudden rebound?

Seattle’s local politics have traditionally been collegial. That spirit disappeared in the early 2010s as radicals began swarming into the City Council.

a member of the Socialist Alternative Party, pushed the council leftward with a confrontational style and ties to a network of outside pressure groups and

took office in 2018, there was hope that the former federal prosecutor could rein in the progressive council, but Ms. Sawant and Seattle’s angry left dismissed her as a “corporate Democrat.” Rather than search for common ground, Ms. Sawant sought conflict, even participating in a march on Ms. Durkan’s home.

Seattle’s politics boiled over in 2020 after the murder of

flagship store downtown was sacked and looted, along with 100 other businesses. Police cars were set ablaze. Protesters converged on the Seattle Police Department’s East Precinct building, demanding it be shut down. Day after day the crowd grew in size and intensity. Left-wing council members showed up to support the protesters, not the cops.

The volatile crowd could easily have been diverted to a nearby park, but the city allowed the mob to control the streets, night after night, for 10 days. Ms. Durkan gave up, the precinct was shuttered and boarded, and the six-block, cop-free Capitol Hill Occupied Zone, or CHOP, was born. It was later re-christened CHAZ—the Capitol Hill Autonomous Zone. Ms. Durkan publicly hoped it was the start of a “summer of love,” but instead of Woodstock, Seattle got Altamont. CHAZ was plagued by violence—assaults, robberies and shootings.

All this misery begat even more extremism in 2021. Ms. Oliver’s City Council bid was built around a vow to defund the police. Ms. Thomas-Kennedy, the candidate for city prosecutor, expressed support for the idea of abolishing both the police department and the jail. On Christmas Eve 2020 she tweeted her wish that police officers would catch Covid.

It was too much for Seattle voters. Mr. Harrell not only won the election, he won a mandate, trouncing M. Lorena González by 18 points. Ms. Nelson beat Ms. Oliver by 8 points. And Ms. Davison became the first Republican elected to any office in Seattle since the Reagan era.

Seattle’s turnaround will take time. The city’s political culture has been wounded by decades of terrible public policy, and not just by the mayor and City Council. Judges are still letting armed drug dealers with long rap sheets out of jail on low or no bail.

Mr. Harrell knows that the healing process will be slow. “My strategies have to be sustainable,” he says. He acknowledges the help he’ll need from the City Council and local prosecutors. His immediate goal is to hire more cops, which is also a priority for Ms. Nelson on the City Council. “I’m down 400,” said Mr. Harrell, a reference to the mass resignations and retirements of Seattle officers in recent years.

Mr. Harrell’s other priority isn’t as concrete. He wants to bring back the upbeat, happy city he grew up in. “Seattle has gotten grumpy,” he says. The public’s mood “reflects the angry tone of politics in the last few years.” We need to realize, he says, “that most people share the same goals.”

Seattle’s decline didn’t happen overnight and it won’t be solved overnight either. But the healing has begun.

Mr. Carlson is morning host at 570 KVI in Seattle.