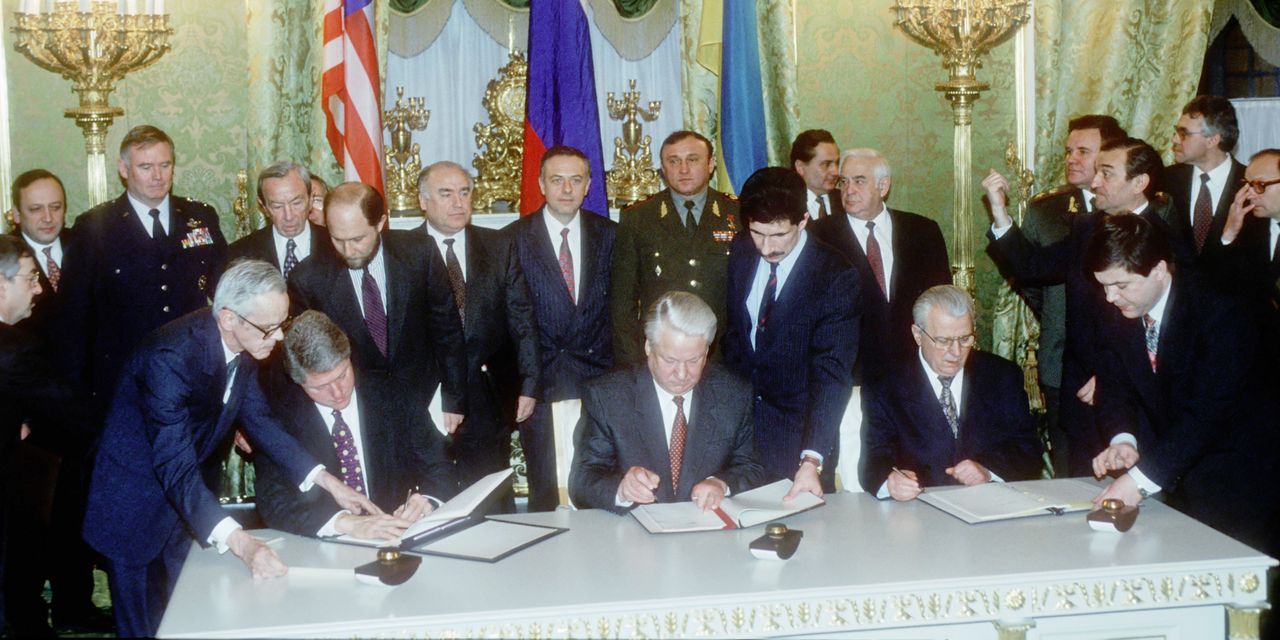 Immediately after Ukraine signed its final agreement to renounce nuclear weapons in 1994, the country’s first president, Leonid Kravchuk, grimly remarked: “If tomorrow Russia goes into Crimea, no one will raise an eyebrow.” As we now know, that isn’t all Moscow would attempt to reclaim. Recently released archival documents demonstrate how American officials, adamant about the country’s denuclearization, ignored the sentiments of Ukraine’s postcommunist leaders, who were desperate to secure their new country.

Vladimir Putin’s carnage in Ukraine and threats of nuclear escalation cast a haunting shadow over the Budapest Memorandum, the accord that occasioned Mr. Kravchuk’s remorse. By its terms, Ukraine forfeited an inherited Soviet nuclear arsenal in exchange for Western pledges of aid and “assurances” from Russia, the U.S. and the U.K. that its borders would remain intact. Disarmament experts hailed the pact, but it invited Mr. Putin’s revanchism.