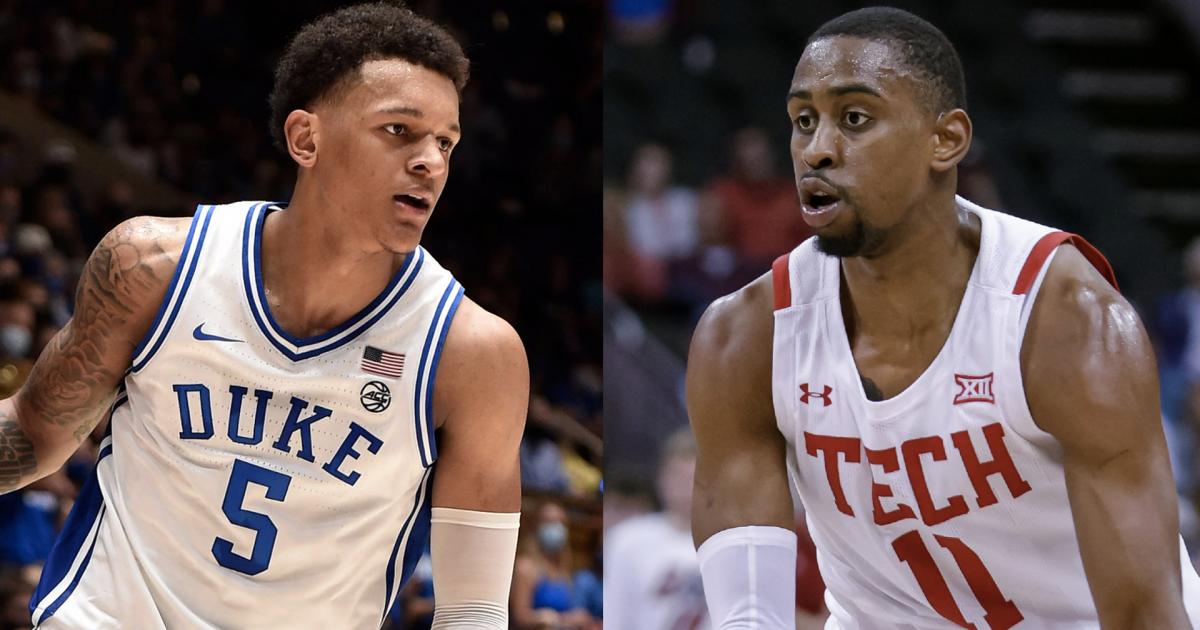 Duke’s Sweet 16 matchup against Texas Tech stands to be a proverbial meeting of unstoppable forces and immovable objects.

It’s a fascinating contrast of styles that may force Duke to open up its offense more and attempt shots from beyond the arc. Texas Tech is coming off a game against Notre Dame in which the Fighting Irish managed only 10 points from the paint. The Blue Devils certainly have the ability to score from long range, ranking 33rd nationally in 3-point percentage (37.0 percent).

The Sporting News is providing live updates and highlights from the Sweet 16 game. Follow along for live updates:

10:29 p.m.: Daniel Batcho misses two free throws for Texas Tech, the latter of which is a wedgie. A duke player had stepped into the lane, resulting in Red Raiders position. Tech misses the ensuing shot, however.

The ball really got stuck on a free throw 😅#MarchMadness pic.twitter.com/VuHxtXCPA9

10:10 p.m.: Duke seems to have woken up, scoring on four straight possessions — and going on a 7-0 run — to make the score 12-11. Banchero will attempt an and-one free throw following the timeout.

10:05 p.m.: Incredible couple of defensive possessions from Texas Tech, which gets steals and fast-break points from Adonis Arms and Terrence Shannon Jr. on consecutive Duke possessions. The Blue Devils’ next shot is off course, and Shannon grabs the rebound for another fast-break dunk. Krzyzewski calls a timeout with his team down 10-2.

10:04 p.m.: Not a strong start for Duke, which has three shots that have failed to hit the rim and a turnover before scoring its first bucket.

10:01 p.m.: Duke wins the tip-off, and we’re under way … Wendell Moore Jr. airballs a corner 3 before Bryson Williams takes the ball down and scores the first bucket of the game.

The Duke-Texas Tech game will tip off at 9:39 p.m. ET from the Chase Center in San Francisco. It’s start time could be affected depending on the conclusion of No. 1 Gonzaga vs. No. 4 Arkansas.

What channel is Duke vs. Texas Tech on?

Duke vs. Texas Tech will be the second of two CBS broadcasts from Thursday’s Sweet 16 games. Jim Nantz, Bill Raftery and Grant Hill will call the game from the booth, while Tracy Wolfson reports from courtside. Streaming options include Paramount+ and fuboTV, which offers a free trial.

To date, Duke and Texas Tech have met only once in the schools’ respective histories: On Dec. 20 2018, in the Ameritas Insurance Classic. Mike Krzyzewski’s Blue Devils beat Chris Beard’s Red Raiders 69-58.

It was Duke’s second-lowest scoring output in a victory that season (following a 66-53 win over Georgia Tech) and the third-lowest scoring output of the year (the Blue Devils also lost 68-67 to Michigan State in the Elite Eight that year). Curiously, the Red Raiders beat the Spartans 61-51 in the Final Four before falling to Virginia in the national championship game.