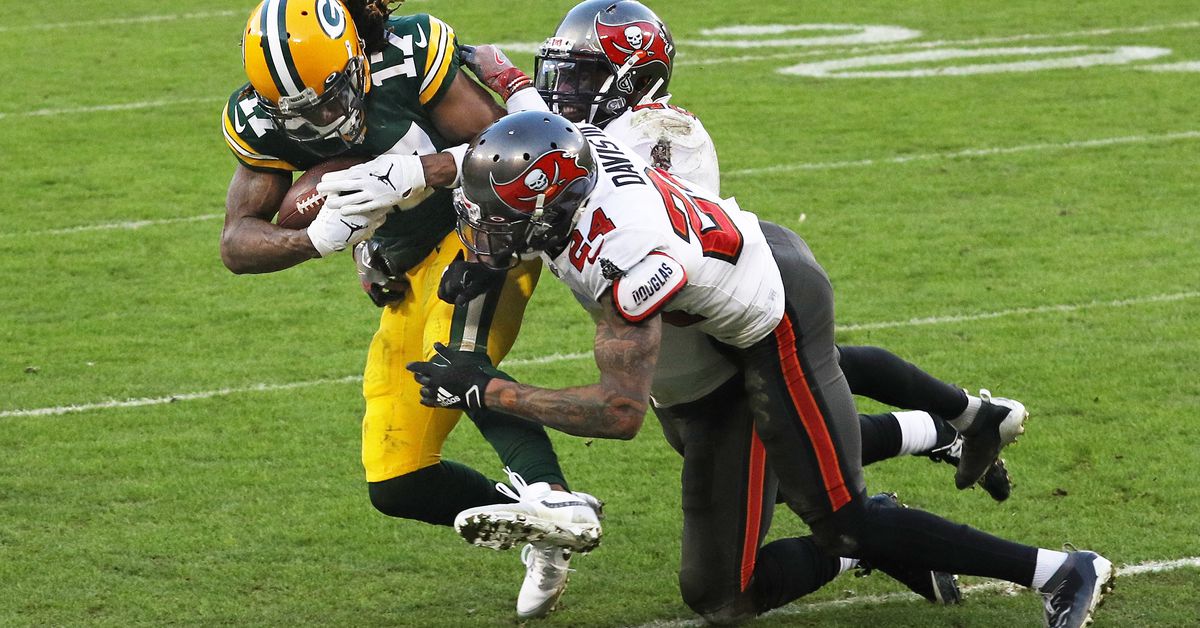 Davante Adams is awesome. He was PFF’s second-highest graded receiver overall in 2021, he was 2nd in DYAR in 2021, and he was first in DYAR in 2020. He’s also very fun to watch and his release off the line is incredible. That alone is one of the single greatest skills in the NFL. He also undoubtedly has an outstanding rapport with Aaron Rodgers and, when all else fails, the two of them are often able to pull a rabbit out of a hat. Davante’s great, and no one disputes this. However, Davante is a bit of an unusual receiver and it may not be as difficult to replace him as one might think.

Last year, Eric Eager wrote an interesting article on wide receivers showing that, contrary to popular belief, it is actually the production of your second and third receivers that more closely correlates with winning games than your star receiver. Moreover, this effect is amplified in the playoffs, where most defenses are better than average and more capable of taking away an opponent’s top receiver. It’s an excellent piece of research and I recommend reading the whole thing.

This makes intuitive sense to any Packer fan who recalls Adams’ inefficient 9-catch, 15-target, 67-yard performance against Tampa Bay in the 2020 playoffs or his 9-catch, 90-yard performance against San Francisco this January in which the next most targeted receiver was Allen Lazard with one. When Adams has been contained in the playoffs, the only real options for Rodgers have been checkdowns to running backs. In the 2019 playoffs, Geronimo Allison was the Packers’ second receiver and one of the worst players in the NFL. It’s been a consistent problem, and it has cost them.

I was reminded of this article when I was looking at Davante’s Football Outsiders statistics. Davante has always had a DYAR significantly higher than his DVOA, meaning that while he’s fairly efficient as measured by DVOA, his value really comes from the volume of targets he absorbs. This isn’t that unusual, as a team’s best receiver will often suffer a certain loss of efficiency by virtue of taking some of the “tough” targets, but Davante stands out for really never having a great efficiency season.

I think this is a result of the fact that Davante is great in a really weird way. Most players possessing his skillset and size wind up typecast in the slot, and while Davante spends some of his time there, he mostly plays outside and mostly very well. But because he does have the slot skillset, with his incredible release and ability to come open quickly, Davante isn’t your typical outside receiver.

That skillset leads to a lot of inefficient plays being run through Adams. To be clear, this isn’t really Adams’ fault. A bubble screen to Adams may be an inefficient play compared to, say, a mesh crossing route to Davante, but it’s better than a lot of targets to less efficient receivers, and it’s more efficient than a run play. Aaron also just loves throwing the smoke screen over to Adams when corners give him space, and we can’t really blame Adams for that. Adams runs a ton of efficient routes as well, and does so better than almost any other receiver, so his relative lack of efficiency is almost entirely due to team construction and his quarterback’s preferences. The Packers probably would have been better taking a few of those bubble screens and trying to hit Allen Lazard (6th in DVOA last year) instead, but that’s part of the problem. Given the choice, most would target Adams.

It’s probably impossible to replace the good things Davante Adams does for the offense outside of hitting on another Justin Jefferson or Ja’Marr Chase in the draft, but you can put together a receiving group that minimizes the bad things Adams was involved in, and this is the key to keeping the Packer offense humming.

As previously mentioned, Adams can be efficient and his 2022 DVOA, which ranked 12th overall, is perfectly fine, but he makes his money by catching a ton of balls. As a result, he has finished first and second in DYAR over the past two seasons respectively.

It’s not unusual for number one receiver to have this kind of split, as many teams attempt to force their alpha the ball as much as possible, but teams also fare better when that split is a little less drastic. This past season, Cooper Kupp was 1st in DYAR and 3rd in DVOA.

Yes, Kupp also caught a ton of balls, but he was incredibly efficient on each one. Matthew Stafford had plenty to do with that, but Kupp’s abilities plus a deep group of secondary receivers led to a jump from 22nd in offense for the Rams in 2020 to 7th in 2021.

Meanwhile, Mike Evans has been one of the best receivers in the league for years, but his efficiency shot up with the addition of Tom Brady, and the Bucs offense went with it.

The Buccaneers were finally able to capitalize on a truly deep group of pass catchers, getting the most out of each one.

Tyreek Hill has had DYAR/DVOA splits similar to Davante of late, but the Chiefs’ offense was at it’s best in 2018 when they had the number one point-scoring offense in the league and his per-play efficiency was at its highest.

You can have a good offense by feeding the 11th most efficient receiver in football over and over, but it’s often better to trade a little volume for efficiency or to help your top receiver by giving the defense somewhere else to focus, be it Chris Godwin, or Robert Woods, or Travis Kelce.

And so, the solution to solving for Adams is really in acquiring depth. Aaron Rodgers may fixate on Adams too much, but we also know that he is perfectly capable of working through his progressions, and if you give him a pair of good receivers capable of working downfield, thereby reducing his checkdowns, you can make this work. Allen Lazard is perpetually great as a DVOA guy, and he should also see, if anything, an increase in efficiency if pushed down the roster a slot.

Everything about modern offense screams that depth at receiver is more important that ever. The Packers have been relying on their stars and scrubs approach, and it has cost them. With the departure of their star, they will likely be forced into fielding a more balanced receiver room. When Adams has missed time in the past, Rodgers has adjusted, and it’s worked. If they can acquire a couple of good outside receivers along the lines of Julio Jones, DeVante Parker, or Will Fuller, they can still be among the league’s elite.