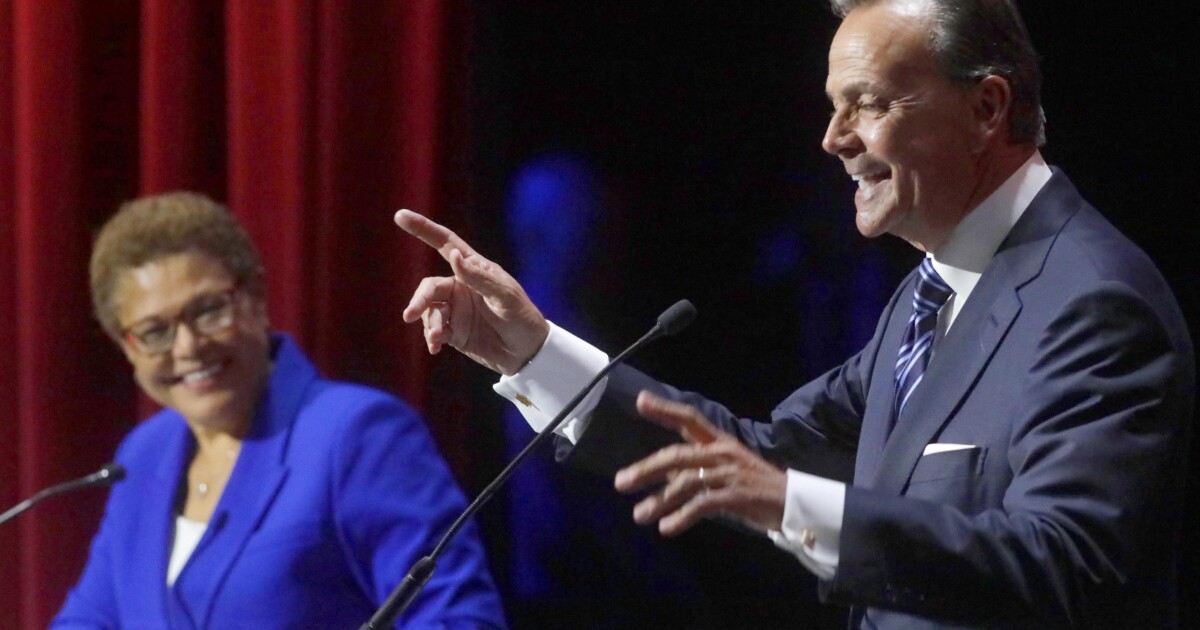 Crime was one of the big issues discussed Tuesday during a debate by the top candidates running for mayor of Los Angeles.

While many of the candidates talked about an uptick in crime, billionaire businessman Rick Caruso gave a particularly dark view of public safety.

“Everybody in this city — at every corner of the city, no matter where you live, what your background is — is scared to walk out their doors. Everybody is worried about crime, is worried about their children going to school,” Caruso said. “I was in Watts the other day at the St. Lawrence school listening to those parents worry about when the sun goes down what happens. Children are asleep on the floor because bullets go through the window.”

At another point in the debate, he said: “Right now we have some of the worst crime we’ve had in the history of Los Angeles.”

So what is the truth about crime in L.A.?

While crime has ticked up, violent crime is nowhere near its peak of the 1990s.

LAPD Chief Michel Moore told the civilian Police Commission on Tuesday that robberies involving firearms were up 57% from 2020 and 60% from 2019 — with hundreds more incidents so far this year than last.

Through the middle of March, property crime was up more than 5% over last year, with car thefts again a major concern. Compared to this point in 2020, vehicle thefts are up nearly 44%.