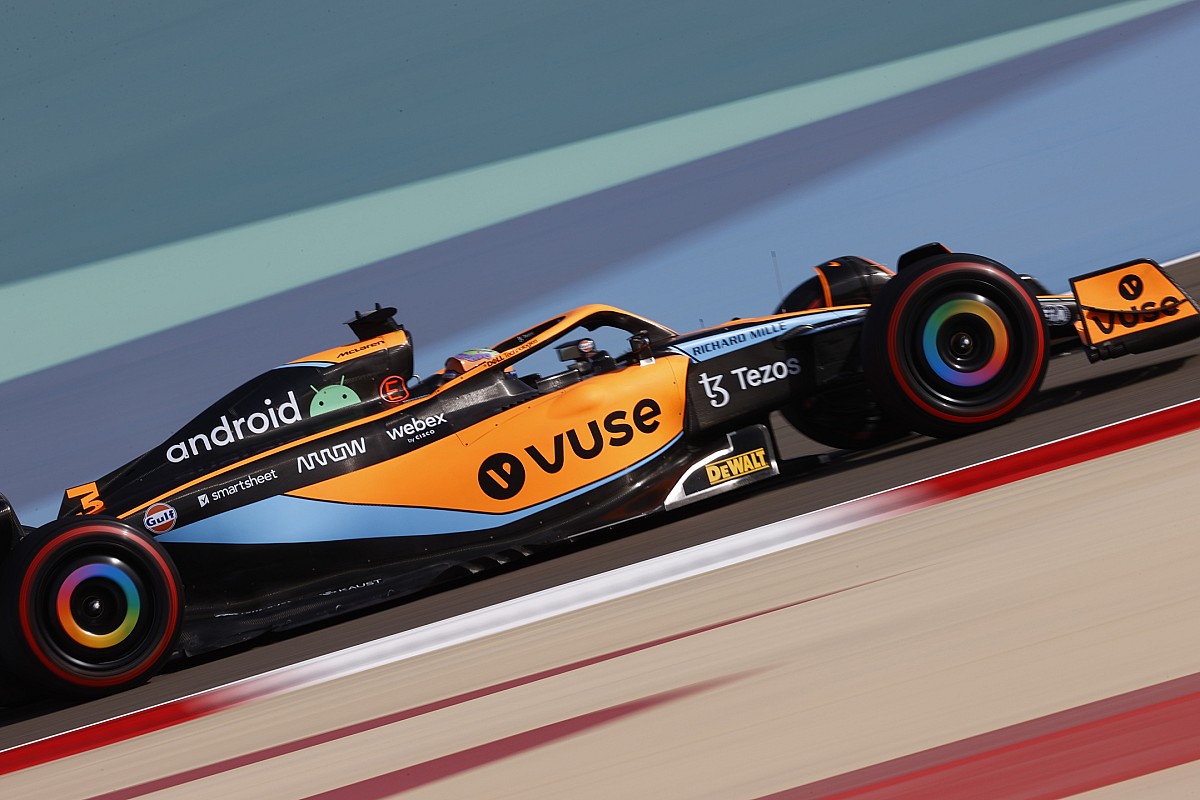 Lando Norris and Daniel Ricciardo could qualify only 13th and 18th respectively, and on Sunday the team rolled the dice and took a gamble – surprisingly perhaps with both cars – to start on medium tyres.

Lacking grip off the grid and around the opening lap, Norris and Ricciardo were fighting with one hand tied behind their backs. When they crossed the start/finish line for the first time, they had tumbled to 18th and last places.

From there it was always going to be a long evening, and by the end, some attrition ahead left them in 14th and 15th, with Ricciardo just ahead. Only Nicholas Latifi and Nico Hulkenberg, from the similarly struggling Williams and Aston Martin teams, were behind.

The build-up to the disastrous race weekend was the perfect storm that took place in the previous week’s test.

First, the team lost Ricciardo to COVID, which meant that the Australian missed a lot of priceless track time. Secondly, a brake cooling issue emerged that had not been apparent at the earlier test in Barcelona, where the MCL36 had looked decent.

Running on his own over the three days, Norris was heavily restricted in how many laps he could do, and a lot of vital routine new car homework was missed.

Revised ducts were manufactured and rushed to Bahrain for the race weekend, and while the team wouldn’t comment on any ensuing performance loss, inevitably the situation was not optimum.

Nevertheless, the way Sunday unfolded was perhaps even worse than anyone in the camp had anticipated.

“I think what we have experienced today was simply a continuation of the challenges we were facing all weekend,” team boss Andreas Seidl said.

“It was always expected to be a very difficult race for us. We had to manage several parameters throughout the race, which cost us additional performance, and therefore we were never really in a position to move forward.

“I think in hindsight the tyre choice for the race start definitely cost us more than we expected, it was just very difficult for us to get the tyres in the right temperature window.

“And then when the tyres actually had an advantage compared to the guys that were running on soft, and when they started to deg, the underlying issue was that we simply didn’t have enough performance, and not enough grip in the car.”

That lack of grip was a frank admission, and an observation that technical director James Key had also made after qualifying.

The only upside of Sunday was that both cars ran reliably and finished, and thus in effect it turned into a test session, with a lot of data gathered.

For all teams, F1 2022 has been a sample of two circuits thus far, and there were significant performance swings for some between Barcelona and Bahrain, admittedly with updates also confusing the matter.

Jeddah is another type of track again, and all teams and drivers really have no idea how their packages will work there, and how the complex bouncing/ride height dynamic will play out through those fast, sweeping turns.

“Of course, being at the very beginning of the season, and only having seen two tracks now with these completely new cars there’s always a certain uncertainty when you go to different tracks again with different layouts,” said Seidl.

“Obviously, there’s a lot of simulation work going on in order to prepare as best as possible. And to somehow know what we can expect. 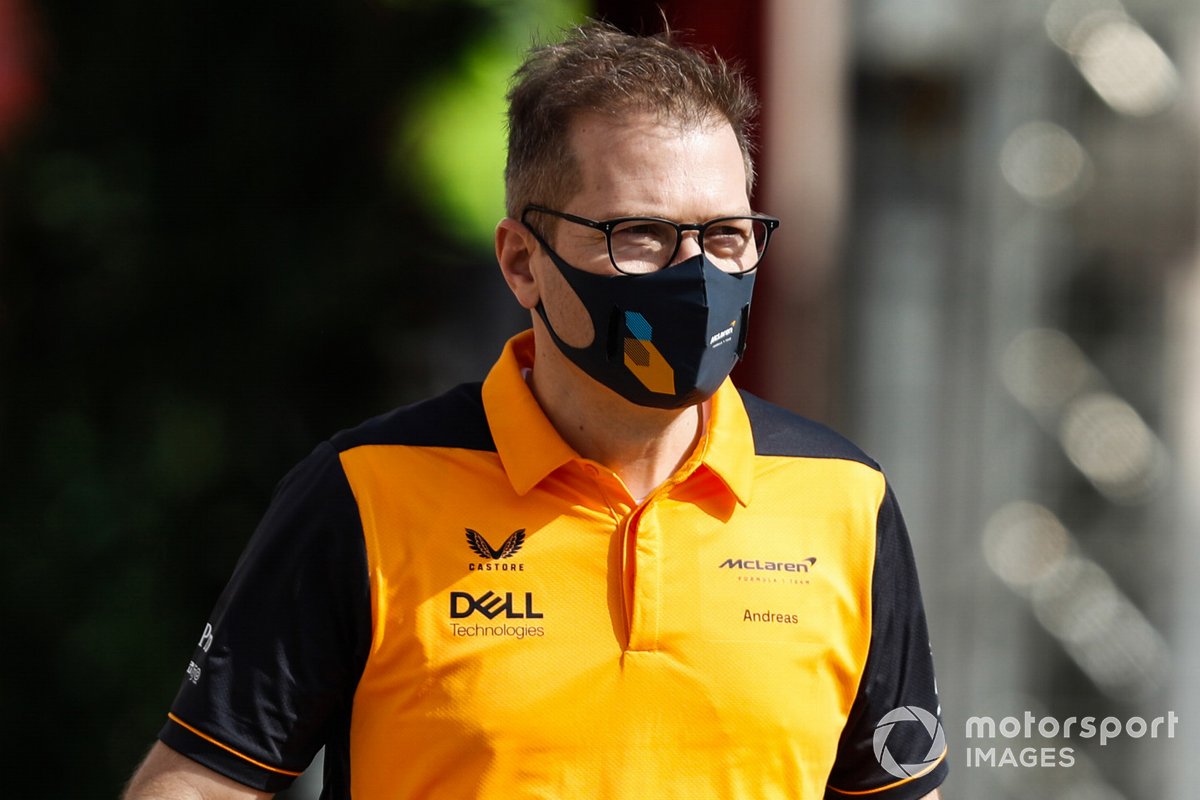 “We have to see now simply how the car is working, this package, on different track layouts. I said before Jeddah is obviously a different track to here, definitely looks like this track here has exposed us to the weaknesses our packages is having quite a lot.

“But in the end it’s obviously our ambition to have a competitive car on all kinds of track layouts. And that’s what we have to focus on and work on.”

Once a team starts talking downforce, it becomes more than just a quick fix. Of course, like all teams McLaren already has stuff in the pipeline that is working its way from CFD and the tunnel to manufacturing.

As updates are brought to the track for upcoming events the situation will surely improve, but it’s going to take time to get the MCL36 close to where it needs to be. Meanwhile, the opposition will present a moving target.

And whenever the aero package changes it will take time to find the right set-up window for the given track. As we’ve seen, it’s clearly not going to be easy for all teams to easily find the sweet spot of their 2022 cars from weekend to weekend.

On the plus side, McLaren is a team that has built up momentum and confidence on Seidl’s watch, and in Key and engineering boss Andrea Stella the organisation chart includes some very good people who can steer their respective departments through the tough times.

Some observers may have been sceptical about the team’s change of image over the past few years, now far removed from the grey Ron Dennis era, as a place of fun and games.

But the sort of camaraderie inspired by Ricciardo and Norris, and their obvious motivating roles as team players, will now prove invaluable. 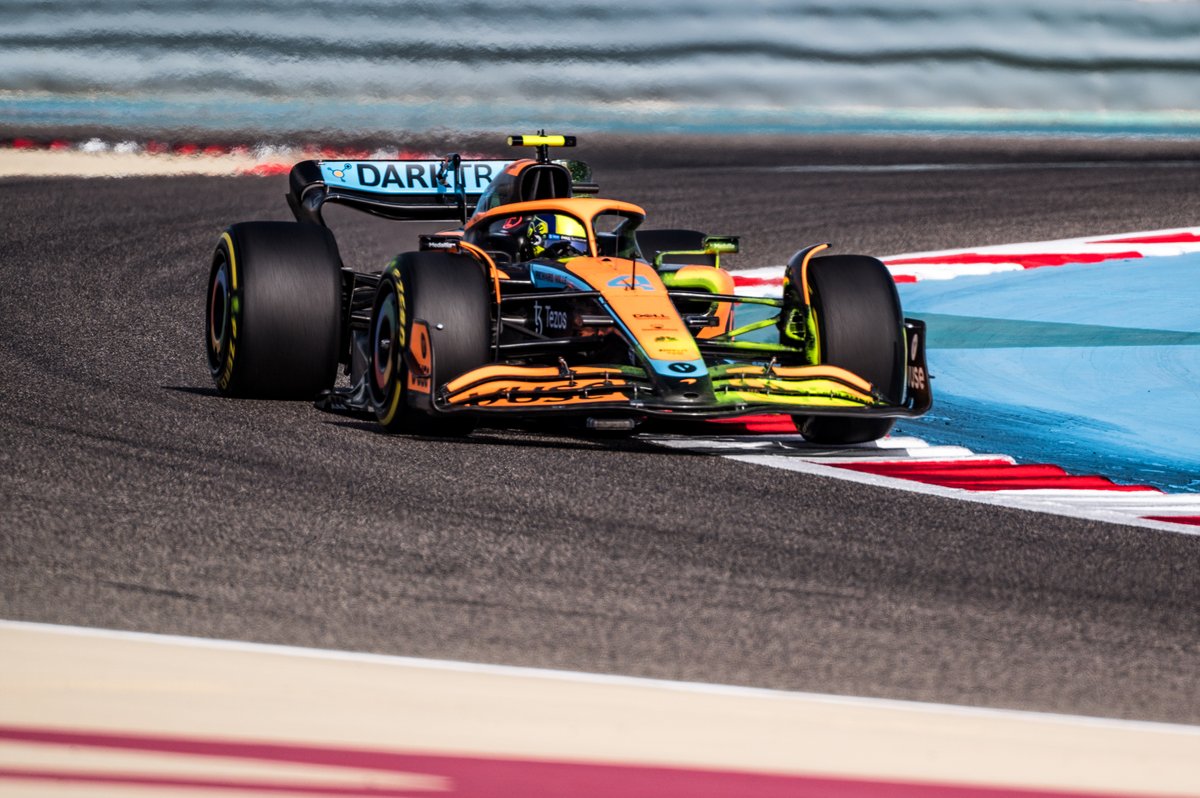 “It is absolutely understandable that Daniel and Lando are frustrated with the situation,” Seidl admits.

“They both deserve a car that is much more competitive. At the same time, they understand they are part of the team as well. And that is very important also now from their side, to help me and help the team getting through this challenging period.

“I’m absolutely confident that they can quickly switch this pain, or we did already switch this pain or this disappointment, into focus and commitment within the team, with all the talent we have on board as well to get out of the situation as quickly as possible.”