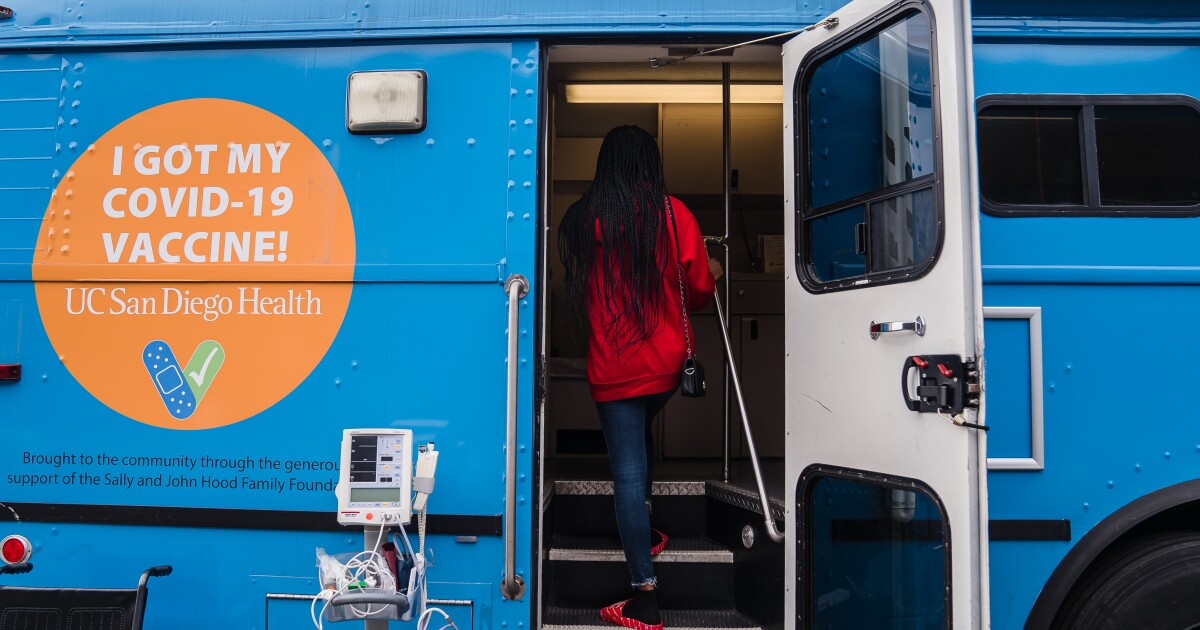 March is Women’s History Month, a time designated to highlight the roles of women in history and their contributions to society. It is, specifically, an opportunity to recall, reflect and rejoice in their achievements in making this world and our lives better.

We provide this platform for community commentary free of charge. Thank you to all the Union-Tribune subscribers whose support makes our journalism possible. If you are not a subscriber, please consider becoming one today.

Many factors figure into these achievements, not the least of them pro-social behaviors like empathy, compassion and a sense of fairness; self-reflection; decisiveness; tolerance of diverse perspectives; and emotional regulation. These are also, not coincidentally, the components of wisdom, defined and measured by science.

Wisdom has been a source of rumination for millennia, but only in the last few decades has it become a focus of empirical research. Wisdom has long been considered androgynous, with societies and individuals tending to use the same criteria to define and recognize it. Though individuals vary wildly in terms of having it, wisdom is not a trait belonging to a specific gender group.

But that doesn’t mean there aren’t gender differences. They exist in the details and nuances. Some relate to current sociocultural expectations of men and women, which may change with improving gender equity. Others derive from the identified components of wisdom, those elements that, in different degrees, combine to make a person more or less wise.

Research — that we have done and by others — helps illuminate those differences. In a study published on Feb. 3, we found that on special wisdom assessment tests, women scored higher in compassion, acceptance of differing viewpoints and self-reflection, while men scored higher on decisiveness and emotional regulation. In one type of test, women had higher total scores than men; in another, there was no gender difference.

The conclusion is that while women and men may be similarly wise, they can arrive at their destination by different paths, using different traits and tools in different degrees to get there. And in doing so, the fruits of their wisdom affect and shape the lives of everyone else in different ways.

Case in point: Now in its third year, the COVID-19 pandemic has tested humanity across the spectrum, not least our humanity for each other. It has tested our empathy and compassion, and our ability to regulate emotions, to self-reflect, to accept divergent opinions, to act decisively for the common good. It has forced us to be wise — or at least try to be wiser.

Part of being wise is recognizing and learning from mistakes, then not repeating them while understanding that we will make new mistakes and need to learn from them as well. Our behaviors and actions during the pandemic have ranged from appalling to inspirational. It is in that last observation that we celebrate this month and some of our women colleagues.

Women in health care are better represented at all levels than in corporate America overall, but in positions of leadership, they are still a decided minority. Roughly 80 percent of the nation’s health care workforce is comprised of women, according to the U.S. Census Bureau, but less than 20 percent hold key leadership roles. Less than one in five hospitals is led by a woman.

UC San Diego Health is one of them, headed by Patty Maysent, its CEO since 2016 and the first woman to hold the position. Confronted by a pandemic (whose scope and consequences would take months to reveal themselves), Maysent led with compassion, inclusiveness and reflection for what it means to be an academic medical center and to provide health care to all.

We cannot know how the pandemic might have played out differently with different players, but what we do know, and what we celebrate here, is that these women — and many others across this city and region — were in a place to make a difference and to benefit each of us, regardless of gender.

This essay is in the print edition of The San Diego Union-Tribune on March 22, 2022, with the headline, Women have inspired us during the pandemic