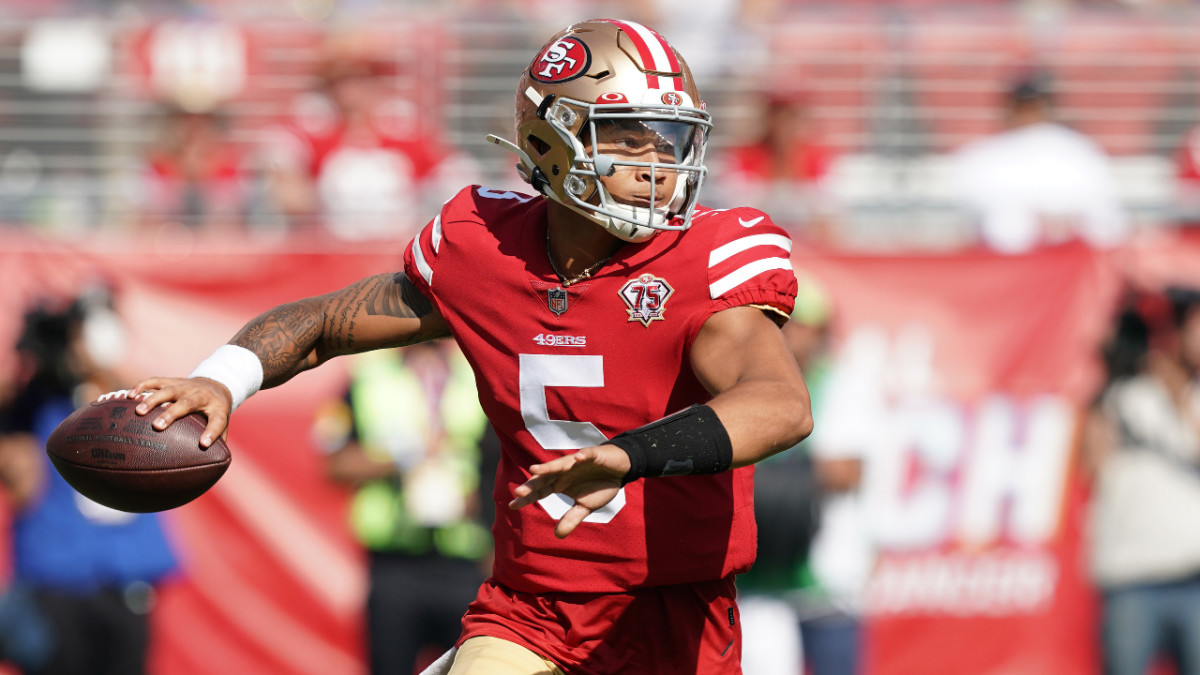 Trey Lance is set to takeover as the starting quarterback for the 49ers.

There hasn’t been much action out of the 49ers that would support Lance as the starting quarterback in 2022. Considering how the 49ers have operated since free agency started, I wouldn’t be so sure about Lance taking over.

Jimmy Garoppolo is still on the 49ers’ roster, which is the clear complicator. And the 49ers aren’t tapping into free agency as a way to improve the team, which they should be doing since they have a quarterback on a cost-effective rookie contract.

This is the time where the 49ers can splurge and get wild with free agency, but they’re just sitting on their hands doing nothing. If Lance was really going to take over, if the 49ers were absolutely sure, then they would be doing what they can to make his debut season as the starter easier.

The 49ers are showing a lack of commitment to Lance.

I do not believe he can be penciled in as the starter in 2022 given how the 49ers are operating. They are in no rush to trade or release Garoppolo, which would give them an increase to their salary cap space to be able to splurge in free agency and build around Lance. But they’re not doing it.

If they were committed to Lance, then they would’ve cut Garoppolo as soon as the league year started a week ago. Doing so would signal that they are truly passing the torch and flipping the page to Lance. And with the newly found money from cutting Garoppolo they could start to bring in players or re-sign some of their own.

It’s not “Trey Lance season” yet until Garoppolo is gone.

And I wouldn’t be so sure he is exiting the team anytime soon. In fact, I could see a scenario where the 49ers retain Garoppolo until training camp since he doesn’t have a market right now. Should that occur or start to trend in that direction, then for a second-consecutive year the 49ers will be on the fence with their quarterbacks.

When that happens, so does the possibility of riding with Garoppolo yet again.