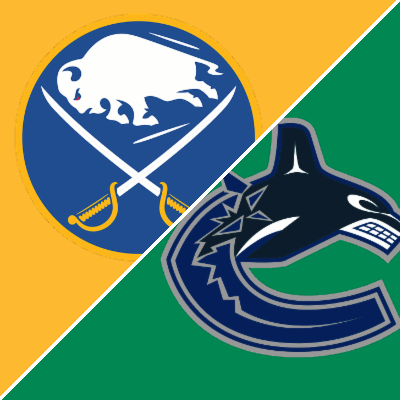 VANCOUVER, British Columbia — — Rasmus Dahlin scored 48 seconds into overtime, leading the Buffalo Sabres to a 3-2 victory over the Vancouver Canucks on Sunday night.

Casey Mittelstadt had a goal and an assist, and Jeff Skinner scored in regulation for the Sabres, who have won four of their last five games. Craig Anderson made 30 saves for his 20th win.

J.T. Miller had a goal and an assist, and Bo Horvat scored a power-play in the second period for the Canucks. Thatcher Demko stopped 26 shots. Vancouver has lost three straight and finished its seven-game homestand 2-3-2.

Buffalo started overtime with patience, waiting in their own end and drawing jeers from the crowd before working their way up the ice, where Dahlin ripped a shot from the slot to beat Demko with the winner.

Miller nearly ended the game with 74 seconds to go in regulation, powering his way to the net in traffic. Anderson stopped the shot, but couldn’t contain the rebound and the loose puck momentarily hung in the crease surrounded by ample traffic.

The Sabres scored just 1:50 into the game after the Canucks turned the puck over at their own blue line. Mittelstadt got a jump on his defender before blasting a shot past Demko from the high slot.

Miller put the Canucks on the board 2:31 into the second, picking up a pass from Connor Garland and muscling his way in alone before snapping a shot past Anderson. The shot hit the back bar of the Buffalo net and ricocheted out so quickly that play continued for several moments before the goal was called.

Buffalo’s second goal of the night came during a stretch of 4-on-4 hockey after Garland and Buffalo’s Dylan Cozens were called for roughing. A Canucks clearing attempt went awry, with Juho Lammikko digging the puck out from behind the net and sending it to Tyler Myers as he fell in front of the Vancouver net. The Canucks defenseman couldn’t bounce back up in time to stop Skinner from getting to the loose puck and Skinner popped a shot in past Demko at the 3:55 mark.

Vancouver challenged for an offside zone entry on the play. After an extended review, officials determined it was a good goal and the Canucks were handed a bench minor penalty for delay of game.

Horvat tied it at 2 with a power-play goal midway through the second after Skinner was called for hooking.

Game notes
Will Butcher returned to the Sabres lineup after missing 19 games with a lower-body injury. … The Canucks made a pair of trades Sunday, acquiring defenseman Travis Dermott from Toronto for a third-round pick in the 2022 NHL entry draft. Vancouver also dealt veteran blue liner Travis Hamonic to Ottawa for a third-round pick. … Sabres coach Don Granato is the older brother of Canucks assistant general manager Cammi Granato.

Canucks: At Colorado on Wednesday night.