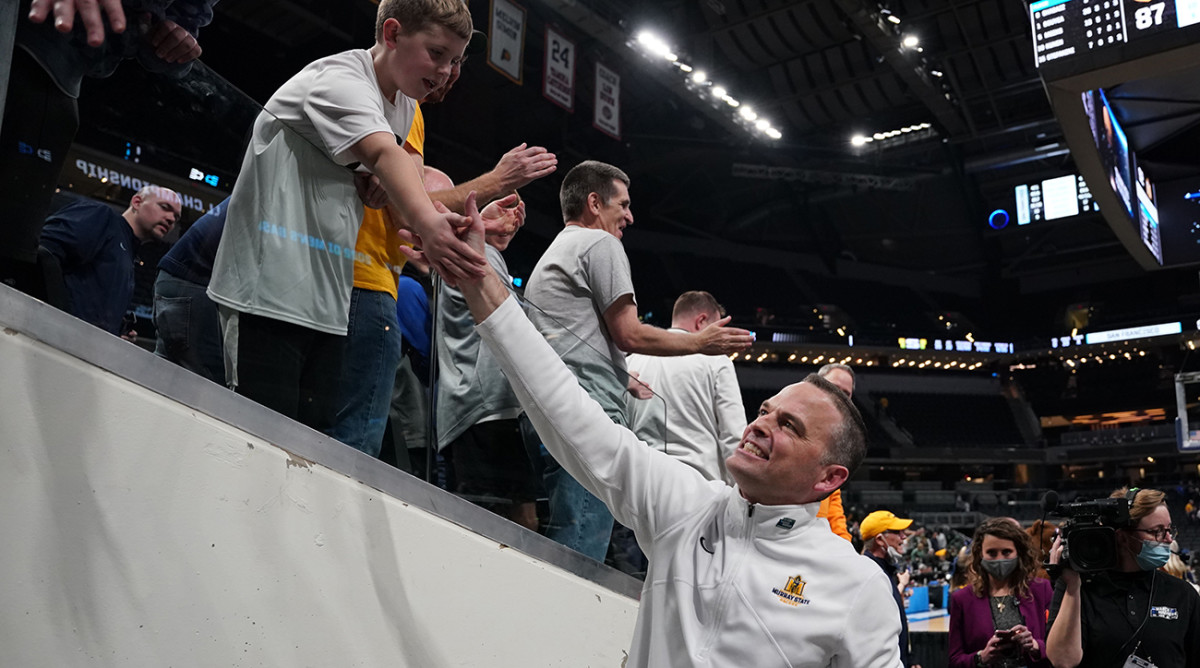 LSU is hiring former Murray State coach Matt McMahon to be the team’s new coach, according to ESPN’s Pete Thamel. An announcement is expected as early as Monday afternoon.

Murray State was eliminated from the NCAA tournament on Saturday by Saint Peter’s, which marked McMahon’s last game ever with the program. He spent the last seven seasons with the Racers, where he finishes with a 154–67 overall record.

This past season was his squad’s best year yet, finishing 31–3 overall and 18–0 in conference play. But he now leaves for Baton Rouge where he’ll take over a squad that finished this season 22–12. LSU was eliminated on Friday by Iowa State in the first round of March Madness.

McMahon will replace Will Wade, who was fired by the program earlier this month after receiving allegations from the NCAA. The dismissal was finally handed down after a four-year investigation by the NCAA.

The FBI has a tape of Wade and former Adidas consultant Christian Dawkins discussing a financial offer to a recruit in 2017, which was reported by Yahoo Sports in 2019. He was investigated throughout his tenure amid the FBI’s crackdown of corruption in college basketball.

For more LSU news, head over to LSU Country.