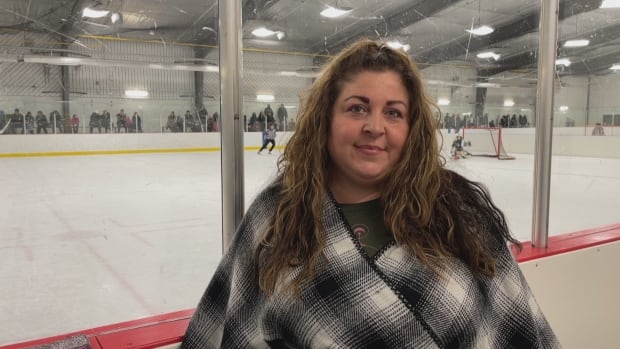 Hundreds of young hockey players came together this weekend for a tournament dubbed “Nate the Great”, to honour a young player who passed away in 2020.

Carrie Beaudoin lost her nine-year-old son Nate two years ago. The boy was born with a heart defect, but she says he loved hockey and that it helped him through some of his health struggles.

Nate briefly joined a hockey team, but got sick shortly after and didn’t really get to play. Still, the time was very special to him, Beaudoin said.

“Hockey was really important because, on a fundamental level, it took [Nate] everything just to learn how to swallow food, to eat, to walk,” she said.

“And so for him to be able to lace up his skates and play hockey was just a huge, huge win for him.”

The tournament was organized by Fredric Dumas and others in the community who knew or coached Nate. Beaudoin said around 400 players took part in the tournament. Many knew or played with Nate, or had heard his story and wanted to take part.

“We have teams from Edmonton, teams [that] came up from Calgary,” Dumas said.

“There’s one team, Blackfoot, which has a cousin of Nate’s playing [on it] as well, with teams all the way from Fort McMurray, Grand Prairie, Lloydminster and an all-girls team.”

“He’s still definitely a huge presence even here with us today,” Beaudoin said.

“And he is known for being a bucket filler and not a dipper. If he was here today, he’d say, ‘Mom, these people are filling up our buckets.'”

6:33Hockey tribute to ‘Nate the Great’

A new hockey tournament pays tribute to a young player who made a big impression during his short time in the sport. 6:33

Funds gathered from tournament fees will support a not-for-profit for children with disabilities.

After nearly 2 years of waiting through the pandemic for the tournament to come together, Beaudoin is feeling the love from the community. She said it’s been great to watch the kids play

With the success of the tournament, Nate’s loved ones hope it will run for years to come.

“The biggest message of all is inclusivity,” Beaudoin said.

“What Nate taught us is that we can learn beyond measure. We can have a vision and we can accomplish it.”