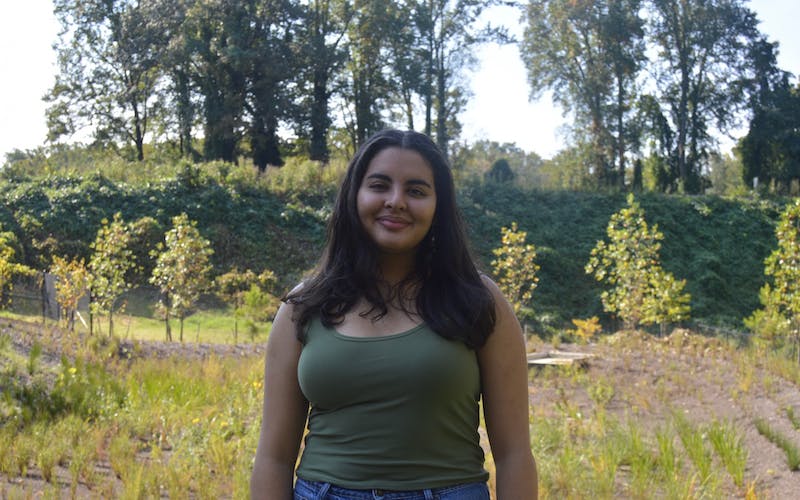 Guest speakers are widely incorporated into college classes. They use their specialized knowledge in a particular field of study to supplement the course material and the professor’s lectures, and they often incorporate their personal experiences into the lectures to provide a unique perspective for students. I’ve had several guest lectures this semester, but one in particular resonated with me.

In ENGL 4560 — The Modern Memoir — our class read retired English professor Paul Kameen’s memoir “This Fall,” which is a collection of personal essays.We first discussed his book at the start of our class that day, then Kameen joined our class over Zoom to answer any questions we had about his book and his writing process.

Kameen explained how these essays are intensely personal to him, as he writes about how he experiences life after suddenly losing his wife. Coincidentally, we spoke with Kameen on the eve of the seven year anniversary of his wife’s passing. This made him emotional during the Zoom meeting, but he maintained that talking about his wife was the best way to honor her and keep her legacy alive. He was so grateful that he was able to speak with young people in a classroom setting again.

Seven years later, it is still incredibly difficult for him to deal with the loss of his wife. I couldn’t help but think about my personal experience with grief. In my case, it’s only been six months since my mother passed away, but I had the same emotional reaction Kameen did.

Kameen and I are in very different positions in life — he’s a retired professor and I’m a college student — but we both lost very important people in our lives and have had to deal with the consequences of it. After reading about his experiences, I found that his decision to self-publish his book to be an immense act of open, honest expression and vulnerability. Kameen also said he didn’t do a great amount of editing, as his writing process was organic — he would go on walks and write what came to mind during that time. He made his books accessible by publishing them on his website and maintained that he would be happy if his book even reached and helped just one person.

As I was reading his book before class, I could tell that there were moments I related to. In particular, I related to how he had to learn how to navigate the world again and change his routines in order to adapt to the dramatic change in his life. His book was an act of self-reflection and an exploration of time. He presents his memories in a stream of consciousness and allows himself to honestly express his emotions through writing.

Kameen’s book was refreshing to read because I felt like he was putting how I’ve felt over the past few months into words. I hadn’t read any grief stories recently, so I was able to think about how I’ve experienced these same emotions. Most notably, I found that I have experienced time in a similar manner that he did after losing his wife — there are moments where it feels like time is moving quickly and moments where it feels like time has completely stopped.

In the same English class, I’ve had to write an autobiographical essay of my own. I centered it around my relationship with my mom before she got sick and how her passing has affected me. After hearing Kameen talk about his experience writing these essays, and how they helped him process, I also wanted to write about my mom in the form of a memoir.

Kameen’s positivity and radiance made me feel hopeful for the future. Before reading his book, the future seemed more bleak and uncertain to me. He talks about his journey of rediscovery and finding himself after his wife’s passing. I haven’t embarked on this journey yet — it still feels a bit too early for me — at the same time, however, I also feel like I have the potential to do so.

His book touched me. It’s not everyday when I feel like I can personally connect with the content of a course so deeply — as a result, it has made the learning process much more gratifying. However, in this particular case, it’s not medieval English texts that I’m learning about — instead, I’m learning more about myself.

Yasmin Teixeira is a Life columnist for The Cavalier Daily. She can be reached at life@cavalierdaily.com