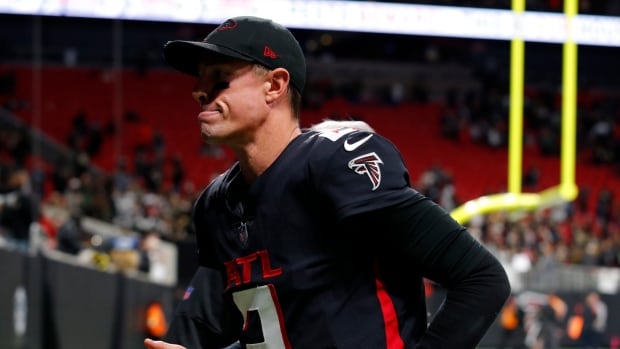 The Indianapolis Colts may have found another short-term answer at quarterback by trading for Matt Ryan.

How much longer the soon-to-be 37-year-old, four-time Pro Bowler sticks around isn’t clear.

On Monday, Indy acquired the 2016 league MVP from Atlanta for a third-round pick in this year’s draft (No. 82 overall,) a person with knowledge of the deal told The Associated Press on condition of anonymity because the trade had not been announced.

The deal completes Indy’s two-week search for a successor to Carson Wentz, who was traded to the Washington Commanders after just one season with the Colts. For Colts general manager Chris Ballard, it’s also the latest attempt to plug a hole created by Andrew Luck’s surprise retirement at age 29 just before the start of the 2018 season.

Ryan will become the sixth quarterback to start in Week 1 for the Colts in six years, adding his name to a list that already is comprised of Scott Tolzien, Luck, Jacoby Brissett, Philip Rivers and Wentz. He joins a franchise whose vice chairman Bill Polian once said he considered Ryan the most similar player in the league to Peyton Manning.

“You’ve got to be right [at quarterback] and even if you’re not right, you’ve got to keep firing away until you get it right,” Ballard said during the NFL’s annual scouting combine. “We’ve got to get it right.”

The deal also makes something else clear: The Falcons are entering rebuild mode.

Shortly after the Falcons made a highly publicized but failed bid to acquire Houston quarterback Deshaun Watson last week, it became clear Ryan did not want to return to a team where he had played his entire NFL career and then openly tried to replace him.

Watson supposedly narrowed his potential choices for a trade to New Orleans and Atlanta — with speculation the Falcons were the favourite since Watson is a Georgia native. But he changed his mind and accepted a $230 million, fully guaranteed deal with the Cleveland Browns who sent three first-round picks to the Texans in the deal.

Ryan is undoubtedly the greatest quarterback in Falcons history, the No. 3 overall pick in 2008 who stepped in to replace Michael Vick. He steadied a franchise rocked by coach Bobby Petrino’s departure after 13 games and Vick’s imprisonment for running a dogfighting ring.

With Ryan running the offence, the Falcons rebounded from a 4-12 mark in 2007 to make the playoffs in 2008 — the first of five consecutive winning seasons and three postseason trips. Until Ryan’s arrival, Atlanta had never even managed back-to-back winning seasons since joining the NFL as an expansion team in 1966.

After several down years for the team, Ryan turned in his greatest season in 2016, throwing for a career-best 4,944 yards with 38 touchdowns. Atlanta appeared headed for its first Super Bowl crown when it took a 28-3 lead over the New England Patriots by late in the third quarter.

But Tom Brady engineered the greatest comeback in title game history for a 34-28 overtime victory.

Even though the Falcons made one more playoff appearance with Ryan, in 2017, they never seemed to recover from the stunning collapse on the NFL’s biggest stage. Atlanta has endured four straight losing seasons, including a 7-10 mark last year, and is clearly in rebuilding mode.

What the Colts are getting in Ryan is a model of consistency — something they’ve lacked following the retirements of Luck and Rivers and the departures of Tolzien, Brissett and Wentz. Ryan has two seasons left on his current contract and the Colts are well-positioned to absorb the salary cap hits each season.

Ryan posted 10 straight seasons with more than 4,000 passing yards until just missing the mark last year with 3,968. He’s thrown for at least 20 touchdowns every year of his career, totaling 367 in his career with 170 interceptions. And he has only missed three starts in his 14-year career.