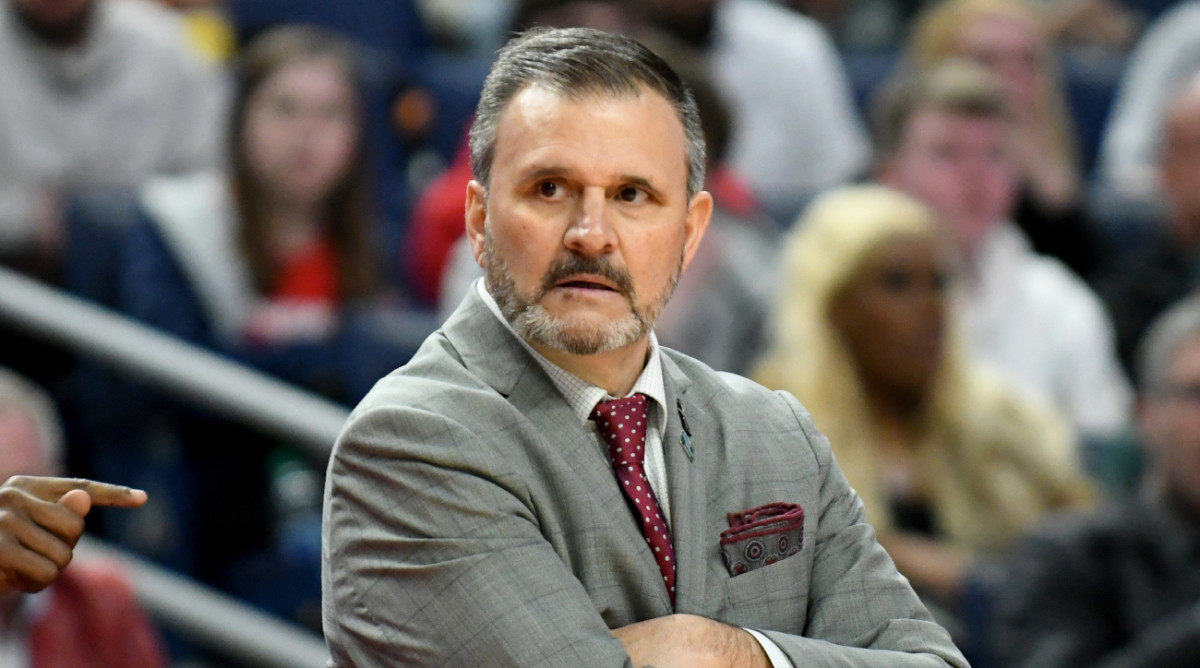 Mississippi State is hiring New Mexico State coach Chris Jans to take over its program next season, according to ESPN’s Pete Thamel.

No deal is finalized yet, but it is expected to be done quickly.

Jans will take Ben Howland’s spot after he was fired on Thursday by Mississippi State. The Bulldogs went 18-16 this season, and eventually lost in the first round of the National Invitation Tournament on Wednesday to Virginia.

Mississippi State reached the NCAA tournament just once in seven seasons under Howland, a first-round loss to Liberty in 2019.

Jans led the Aggies to the NCAA tournament for the third time in five seasons in 2021. No. 12 New Mexico State upset No 5 UConn in the first round, marking the the school’s first tournament win since 1970. The Aggies lost to No. 4 Arkansas 53-48 on Saturday.

The 52-year-old sports a 143-44 career record. He spent one year at Bowling Green before joining New Mexico State in 2017.